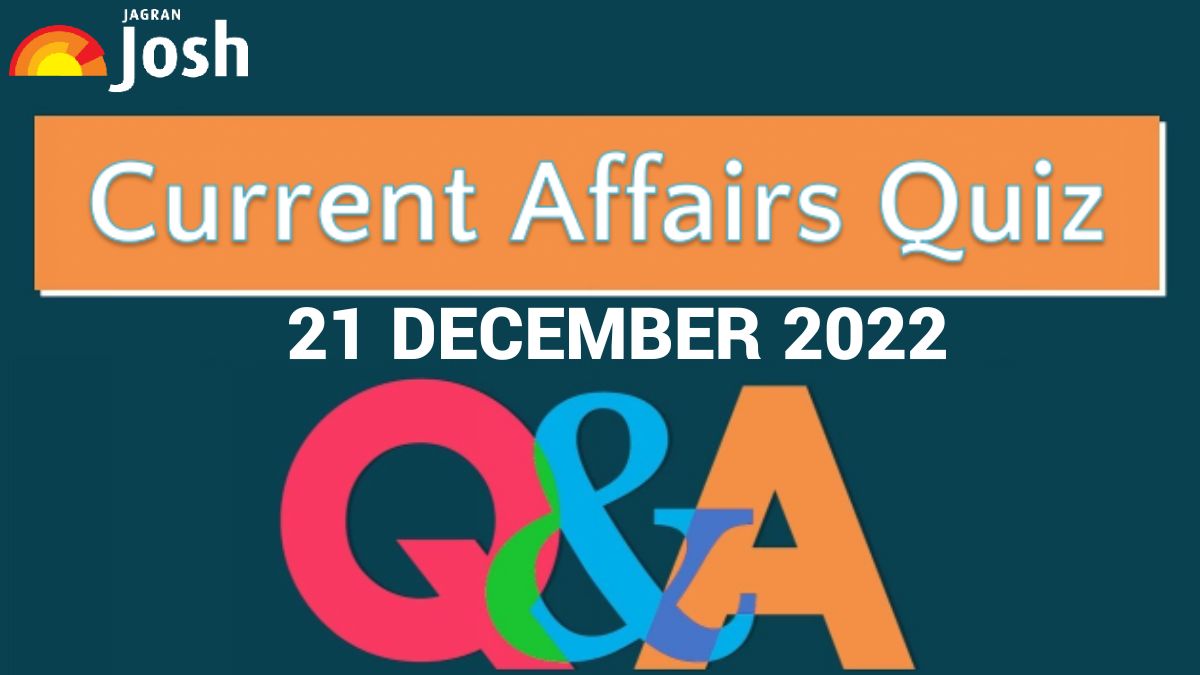 1. What is the name of the first ship of the ASW SWC project launched by the Indian Navy?

2. What is the name of the country’s first Green steel brand launched by Jyotiraditya Scindia?

3. Which is the only university in India to get an A grade by NAAC?

4. Ministry of Housing & Urban Affairs has won which award in the Digital India Awards 2022?

5. Which country has partnered with PTC India for the supply of power from the Indian power market?

6. Which institution released the report titled ‘Coal 2022: Analysis and Forecast to 2025’?

7. Which country has launched a ‘Group of Friends’ to promote accountability for crimes against peacekeepers?

The first ship of the ASW SWC Project, INS Arnala was launched on December 20, 2022, at Kattupalli, Chennai, by Garden Reach Shipbuilders & Engineers, GRSE for the Indian Navy. The ship made her initial touch with the sea of the Bay of Bengal at a launch ceremony attended by Rasika Chaube, Financial Adviser, Ministry of Defence.

Steel Minister Jyotiraditya Scindia unveiled KALYANI FeRRESTA, India’s first green steel brand, in New Delhi on December 21, 2022. This first-of-its-kind steel was created by the Kalyani Group, a Pune-based steel manufacturer, utilizing renewable energy resources, leaving no carbon footprints in the environment. Scindia delivered the keynote presentation and described the event as a paradigm change in the steel sector. According to him, India is leading the countries that have committed to achieving carbon neutrality through green steel manufacturing.

The Guru Nanak Dev University, Amritsar, has received an A grade after obtaining 3.85 points in the National Assessment and Accreditation Council (NAAC) grading, making it the first university in India to do so. Chief Minister Bhagwant Mann congratulated the institution on its achievement, saying it was the product of everyone’s hard work. He expressed hope that all of the state’s universities will emulate Guru Nanak Dev University in order to bring honour to the state.

The Smart Cities Mission, Ministry of Housing & Urban Affairs has won the Platinum Icon at the Digital India Awards 2022 for their effort “DataSmart Cities: Empowering Cities via Data”. The prize was announced in the ‘Data Sharing and Use for Socio-Economic Development’ category.

The International Energy Agency (IEA) published research titled ‘Coal 2022: Analysis and Forecast to 2025’. According to the analysis, global coal consumption is expected to reach an all-time high in 2022, driven mostly by coal power expansion in India, the European Union (EU), and, to a lesser extent, China. China, India, and Southeast Asia are expected to see the greatest growth in coal use. Global coal consumption is expected to climb by 1.2% in 2022, topping 8 billion tonnes for the first time in a single year.

During its current UN Security Council leadership, India created a ‘Group of Friends’ to pursue accountability for atrocities against peacekeepers. S Jaishankar, External Affairs Minister, declared that New Delhi would soon have a database that will record all atrocities against peacekeepers. The group’s co-chairs are India, Bangladesh, Egypt, France, Morocco, and Nepal. India, one of the most significant troop contributors to UN peacekeeping, has lost 177 peacekeepers in the line of duty.