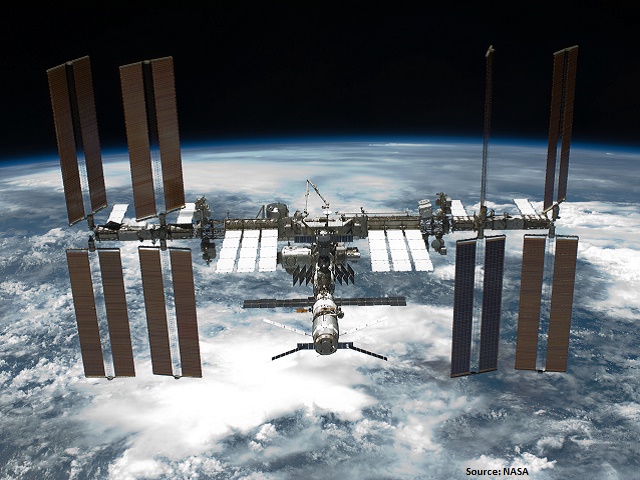 The video shows the Russian cosmonauts saying goodbye to NASA Astronaut Mark Vande Hei and then the Russian segment detaches from the rest of the ISS.

As per media reports, the video is a fake one, a sort of a joke film or could even be a silent threat from Russia amid complete breakdown of relations with the United States and the west.

Russian gov’t-controlled RIA Novosti @rianru posted a video on Telegram made by @Roscosmos where cosmonauts say goodbye to Mark Vande Hei on #ISS, depart, and then the Russian segment detaches from the rest of ISS. @Rogozin is clearly threatening the ISS program. #NASA #Ukraine pic.twitter.com/fj2coK1xR1

Who posted the video?

The video first originated when it was tweeted by a Twitter handle named ‘NASA Watch’. The handle posted the video saying that it was posted on Telegram by Russian government controlled media RIA Novosti. The video has reportedly been made by Russian Space Agency, Roscosmos.

The video went viral after the Russian space agency Roscosmos blocked its cooperation with all other major space agencies in retaliation to the sanctions imposed on Russia for invading Ukraine.

He blamed the Western countries in a recent interview for the collapse of cooperation in space amid the ongoing Russia-Ukraine crisis. He said that countries including US, Great Britain, France and Germany destroyed what was created by mankind with such difficulty, what was created by the blood and sweat of those people who mastered space.

See also  10 Facts you don’t know about the Astronaut

Impact of Russia’s walkout of ISS

Like mentioned earlier in the article, Russia controls critical aspects of the space station’s propulsion control systems, which help keep the ISS in its orbit against Earth’s gravitational pull.

Without the propulsion module, the ISS would very slowly fall towards the Earth’s atmosphere, where it would mostly burn up but few heavy components may survive the atmosphere and fall to the Earth’s surface, causing vast
damage.

However, NASA insists saying that everything is fine. It is important to note that the International Space Station was built with the joint  partnership between Russia and the United States in the last 1990s after the end of the Cold War.

Russia may itself never want to take the risk of an uncontrolled deorbit of the ISS and just as NASA depends of Roscosmos to keep ISS operational, the Russian space agency also depends on NASA. The two nations have kept their space cooperation going over the past two decades despite deteriorating political relations.

The International Space Station currently has onboard seven astronauts, including three American astonauts including an Indian-American, two Russian and one of European descent.

Russia is reportedly planning to build its own space station like China in the next five years.