Unloved at home, Emmanuel Macron wants to get ‘intimate’ with the world – POLITICO

Press play to listen to this article 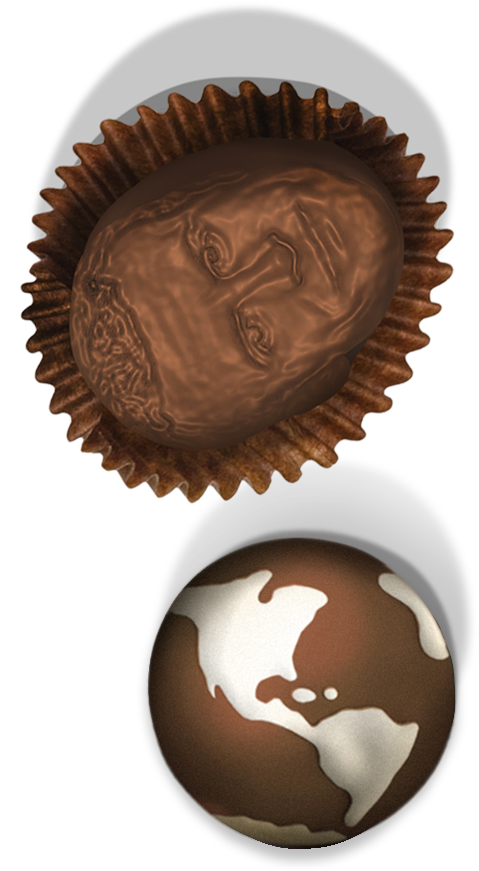 PARIS — When French President Emmanuel Macron’s party lost its absolute majority in parliament six months ago, many wondered what the setback would mean for an ambitious, here-to-disrupt-the-status-quo leader whose first term was defined by a top-down style of management.

It turns out Macron 2.0 is a man about globe, pitching “strategic intimacy” to world leaders, as he leaves domestic politics to his chief lieutenant and concentrates on his preferred sphere: international diplomacy.

The Frenchman’s past “intimate” moves have been well-documented: affectionate hugging with Angela Merkel, knuckle-crunching handshakes with Donald Trump, and serial bromancing with the likes of Justin Trudeau and Rishi Sunak. Now in his second term, the French president appears to be making a move on — quite literally — the world.

Since his reelection, Macron has been hopping from one official visit to another: in Algeria one day to restore relations with a former colony, in Bangkok another to woo Asian nations, and in Washington most recently to shore up the relationship with Washington. The globetrotting head of state has drawn criticism in the French press that he is deserting the home front.

“He is everywhere, follows everything, but he’s mostly elsewhere,” quipped a French minister speaking anonymously.

“[But] he’s been on the job for five years now, does he really need to follow the minutiae of every project? And the international pressure is very strong. Nothing is going well in the world,” the minister added.

Before COVID-19 struck, Macron’s first term was marked by a brisk schedule of reforms, including a liberalization of the job market aimed at making France more competitive. The French president was hoping to continue in the same pragmatic vein during his second term, focusing on industrial policy and reforming France’s pensions system. While he hasn’t abandoned these goals, the failure to win a parliamentary majority in June has forced him to slow down on the domestic agenda.

Foreign policy in France has always been the guarded remit of the president, but Macron is trying to flip political necessity into opportunity, delegating the tedium and messiness of French parliamentary politics to his Prime Minister Elisabeth Borne.

There are few areas of global diplomacy where the president hasn’t pitched a French initiative in recent months — whether it’s food security in Africa, multilateralism in Asia or boosting civilian resilience in Ukraine. Despite some foreign policy missteps in his first term including the backing of strongman Khalifa Haftar in the Libyan civil war, Macron is now a veteran statesman, eagerly taking advantage of Europe’s leaderless landscape to hog the international stage.

The French president’s full pivot to global diplomacy in his weakened second term at home is reminiscent of past leaders confronting turmoil on the domestic front.

See also  Gainers Losers: 10 stocks that moved the most on October 17

“The Jupiterian period is over. He’s got no majority,” said Cyrille Bret, researcher for the Jacques Delors Institute. “So now he is suffering from the Clinton-second-mandate-syndrome, who after the impeachment attempts over the Lewinsky [inquiry], turned to the international scene, trying to resolve issues in the Balkans, the Middle East and in China.”

But even as Macron embraces the wide world, the pitfalls ahead are numerous. Photo ops with world leaders haven’t done much to slow the erosion of his approval ratings at home. With a recession looming in Europe and discontent over inflation and energy woes, Macron’s margins of maneuver are limited, and trouble at home might ultimately need his attention. 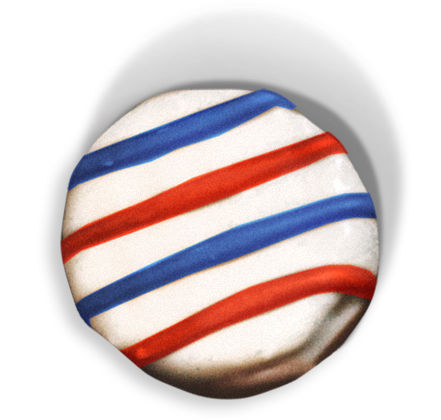 The French president first used the words “strategic intimacy” in October, when he told European leaders gathered in Prague they needed to work on “a strategic conversation” to overcome divisions and start new projects.

If the thought of 44 European leaders cozying up wasn’t bewildering enough, Macron double-downed this month and called for “more strategic intimacy” with the U.S.

It’s not entirely clear what kind of transatlantic liaison he was gunning for, but it certainly included a good dose of tough love. Arriving in Washington, Macron called an American multi-billion package of green subsidies “super aggressive.” (He nonetheless received red carpet treatment at the White House, with Joe Biden calling him “his friend” and even “his closer” — the man who helps him bring deals over the finish line — even if he didn’t actually obtain any concessions from the U.S. president.)

Some of Macron’s success in taking center stage is, of course, due to France’s historical assets: a permanent seat on the U.N. Security Council, a nuclear capacity, a history of military interventions and global diplomacy.

But for the Americans, Macron is also the last dancing partner left in a fast-emptying ballroom across the pond. The U.K. is still embroiled in its own internal affairs and has lost some influence after Brexit, while German Chancellor Olaf Scholz hasn’t filled the space left by Merkel’s departure. 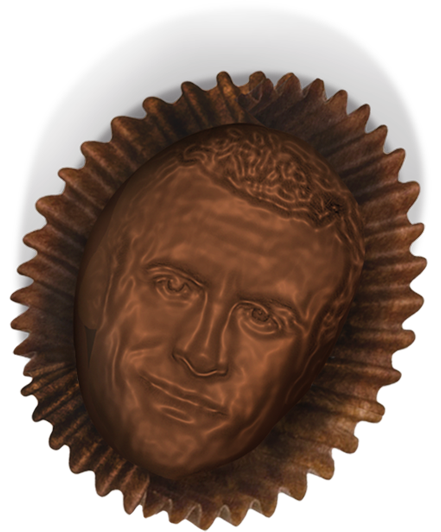 While Macron’s abstract and at times convoluted speeches may not be to everyone’s liking, at least he has got something to say.

“[The Americans] are looking for someone to engage with and there’s a lack of alternatives,” said Sophia Besch, European affairs expert at Carnegie Endowment for International Peace in Washington. “Macron is the last one standing. There’s his enthusiasm, and at the same time he is disruptive for a leader and not always an easy partner.”

“He can count on some reluctant admirers in Washington for his energy,” she said.

In his diplomatic endeavors, Macron likes a good surprise.

“The [French bureaucracy] doesn’t really like that,” the diplomat added. “We prefer things that are all neat and tidy.”

Conjuring up new ideas — such as the European Political Community — that haven’t quite filtered through the layers of bureaucracy is one of Macron’s ways of pushing the envelope. The newly christened group’s first summit was ultimately hailed as a success, having marked the return of the U.K. to a European forum and displaying the Continent’s unity in the face of Russia’s aggression against Ukraine. 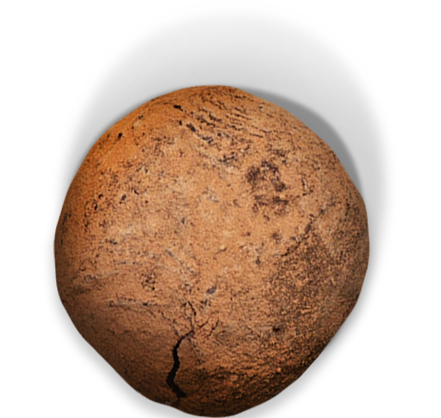 It’s a technique that forces the hand of other participants but sometimes undermines the credibility of his initiatives, and raises questions about what has really been confirmed. Launching the European Political Community may have been a success; announcing a summit between Russian President Vladimir Putin and the U.S. president a couple of days before the full-scale invasion of Ukraine less so. (The summit, obviously, never took place.)

Macron’s diplomatic frenzy has also raised speculation that he is already gunning for a top international job for when he leaves the Elysée palace. Macron cannot run for a third term, and speculation is already running high in France on what the hyperactive president will do next.

The question at the heart of Macron’s second term is whether his attempts to be everything and everywhere — combined with his stubborn dedication to controversial ideas — is what will ultimately trip him up.

Even as Macron’s U.S. visit was hailed a success, with him saying France and the US were “fully aligned” on Russia, he sparked controversy on his return when he told a French TV channel that Russia should be offered “security guarantees” in the event of negotiations on ending the war in Ukraine.

“That comment fell out of the line in relation to the coordinated message from Macron and Biden, which was that nothing should be done about Ukraine without Ukraine’s [approval],” said Besch. 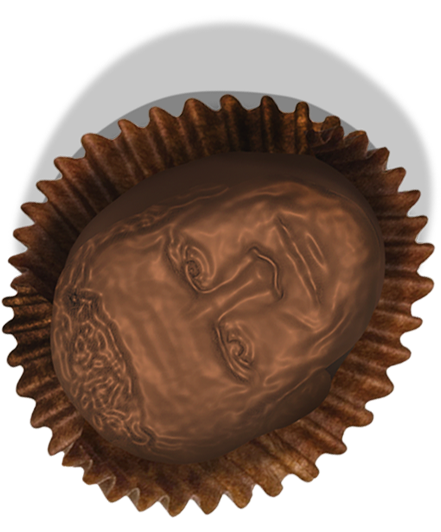 Macron says he wants France to be an “exemplary” NATO member, but he still wants France to act as a “balancing power” that does not completely close the door on Russia. It’s a stance that may help France build partnerships with more neutral states across the world, but it does nothing to mend the rift with eastern EU member states.

For the man about globe who presents himself as the champion of European interests, that’s an uncomfortable place to be in.

When it comes to “strategic intimacy,” it’s possible to have too many partners.