BeaRex has kicked off a new era for GameFi fans: the Play-and-Earn era (P&E). This approach takes into account the interests of all participants in the blockchain gaming ecosystem: those who want to play for money, as well as those who just play for fun. After all, the cheerful 2D runner was primarily created so that players could enjoy themselves in its universe, and if they can earn money from their skills and acquire resources in the process, all the better! In this article, we explain why making money in games is a revolutionary concept, what obstacles Play-to-Earn players currently face, and why BeaRex is absolutely the last word in blockchain gaming.

The secret to the success of the world’s most popular games is having simple rules and the ability to play on mobile devices. BeaRex combines both of these in a game with a plot that echoes the famous Mario. The game’s main character is a bear who runs along an endless obstacle course, collects berries and other resources, and tries to escape from a dinosaur. The berries are needed to make smoothies, and what happens after the bear drinks it is really worth seeing! Depending on the ingredients, the world around him changes in the most unexpected way, and to predict the metamorphosis is quite impossible.

The Main Ingredient of Success: Play-and-Earn

GameFi, or monetized blockchain games, can prove to be a constant source of income for players. It has evolved into a surging technological trend over the past year, just as fresh and booming as decentralized finance (DeFi) was a couple of years ago. And this is no surprise, as GameFi combines three key ingredients — game mechanics, NFT, and DeFi — to attract millions of potential users. The GameFi phenomenon appeared at the junction of gaming and cryptocurrencies. DappRadar, which tracks blockchain industry activity, reported in November 2021 that games are responsible for about half of blockchain use cases. At the same time, about 2.5 million unique active wallets (UAW) are connected to decentralized applications (DApps) daily!

The essence of Play-and-Earn boils down to the following: users receive tangible, and not purely virtual, money for developing within the game. This is a huge step forward for the entire gaming industry, since now ordinary players can reap profits by taking part in gameplay, and not just celebrity streamers. This significantly increases the number of people who want to play. And it’s precisely thanks to blockchain technology and cryptocurrencies that all this has become possible.

Despite the abundance of incentives to enter GameFi, there are still restraining factors. The main obstacle is the cost of entry. In order to get on board, you need to shell out hundreds, if not thousands, of dollars. It is clear that this isn’t affordable for everyone, especially considering that many of the players flocking to Play-to-Earn are from poorer countries. In fact, in some places, playing a P2E game can bring in more money than working!

Many players with respectable incomes cannot afford the exorbitant start-up costs either, even if they know they’ll be able to earn back their investment in the future. Moreover, people usually want to try out a number of different games and aren’t ready to immediately slap down several thousand dollars to be able to play something once in a while that they may not even end up liking. 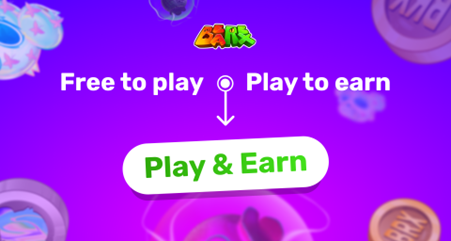 It is precisely due to the demand for an easy and flexible way to enter GameFi that BeaRex has developed a new, more advanced version dubbed Play-and-Earn. P&E is a hybrid model that includes both Play2Earn and Free2Play capabilities. This combination allows gamers not only to earn money but also play for free while increasing their skills and having fun along the way. Players can try their hand at short tasks to earn ‘karma’ so that they can take on more profitable tasks and grow their income later.

BeaRex offers a solution: a player who doesn’t want to play for some reason can pay an experienced player a fixed price in tokens to pass through the levels for them. Thus, the investor receives passive income, while the player can enter the game and start earning with the investor’s character without buying an expensive NFT, which they may not be able to afford.

But that’s not all! BeaRex is first and foremost a universe created for the pure enjoyment of playing the game. The main philosophy of the project is that everyone should be able to play, and when players are ready to make money, they can buy NFT Bears and switch to Play-to-Earn mode.

Play-for-Fun: A completely free mode in which you can train and enjoy the game on a smartphone. All game progress can be saved and used in Play-to-Earn mode later. In order to start earning, the player must buy an NFT bear.

Investor Mode: This is ideal for people who want to earn money from P2E but don’t know how to play or don’t want to. With the help of the order board, you can rent your Bear out to a more experienced player who will play it to pass through levels, collect gaming resources, and earn profits, which can be split between you.

Play-and-Earn: This regime is for gamers who want to play the game and pass through its levels with their own bear. Everything is simple here: all the profits of your hard labor are completely yours to keep.

Order Execution Mode: This is for players that have their own bear but see the benefit of taking a more powerful animal from an investor to earn more. The greater the player’s skill, the cooler and more profitable the tasks they can take on.

Animated Series and the BeaRex Metaverse

BeaRex is not just a game, but also an animated series! Work on an animated series based on the game has already begun. The first episode will be released at the end of 2022, and the entire first season will be available in 2023. The series will follow the adventures of bears from the very first NFT collection, which will be sold in mid-July of this year. Owners of the bears portrayed in the cartoon will receive royalties from series rentals.

BeaRex has already launched a beta version in an Instagram mask. A bright and absolutely mind-blowing universe awaits you here: collect berries, prepare smoothies, and save the world from dinosaurs, while earning money along the way or just playing for fun. There is currently a special offer for all game participants on Instagram: play the game in an Insta mask and earn 500 TRIP tokens. And all players will participate in a $5,000 NFT draw. Good luck in the game!

Tablet explodes in the hand of a child in Padua, it is not serious. Investigate the police

The Remaking of the Seattle Mariners