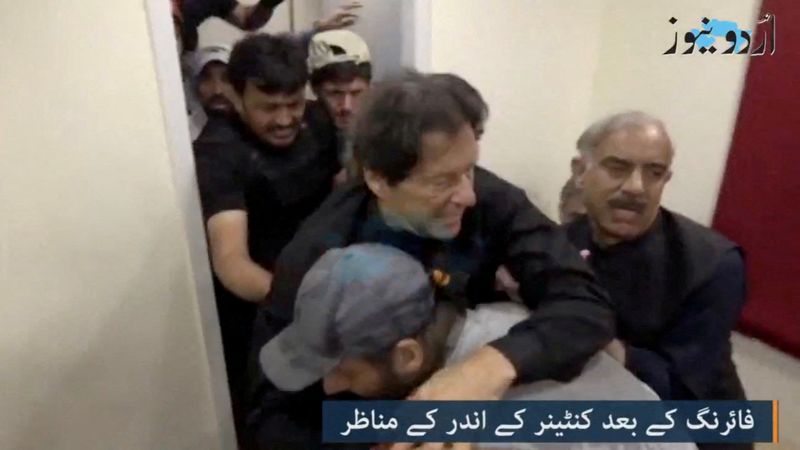 © Reuters. Former Pakistani Prime Minister Imran Khan is helped after he was shot in the shin in Wazirabad, Pakistan November 3, 2022 in this still image obtained from video. Urdu Media via REUTERS

(Reuters) – Former Pakistani prime minister Imran Khan said on Friday two shooters had tried to assassinate him in the city of Wazirabad the day before, opening fire at a protest march he was leading to the capital Islamabad.

They killed one person and injured 11 others in Thursday’s attack, said Khan, speaking in a live address from a hospital in Lahore where he has been receiving medical treatment.

Khan also said three people had devised the plan to assassinate him. He gave no names and provided no evidence for his allegations.

Where do the pro-crypto candidates stand ahead of the election? By Cointelegraph