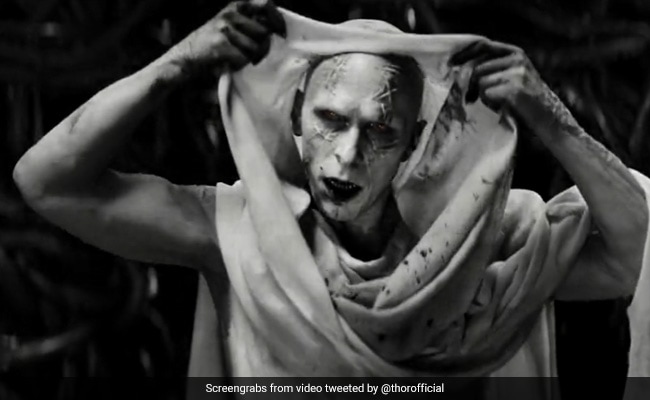 A still from Thor: Love And Thunder trailer. (courtesy: thorofficial)

Just when we thought the pre-release promotion of Thor: Love And Thunder couldn’t get any better, the makers have dropped a brand new trailer. And oh boy, what a glimpse it provides of Thor’s (Chris Hemsworth) life. But let’s put all that aside for a moment and appreciate how well Christian Bale has nailed his MCU (Marvel Cinematic Universe) debut. Oh, did we forget to tell you that he is also in the film? Christian Bale, who is known for getting under the skin of his characters like a true actor, plays supervillain Gorr, the God Butcher in this new instalment of Thor film series.

Thor: Love And Thunder trailer was released today and it promises everything we have been expecting from the film. From action and thriller to love and drama, Thor: Love And Thunder has it all. While the film is all about Thor reclaiming his title as the mighty God of Thunder, the cast, Natalie Portman as Jane Foster or should we say Mighty Thor, Russell Crowe as Zeus, Tessa Thompson as Valkyrie and film’s director Taika Waititi as Korg, makes it already a hit.

The trailer shows Thor embarking on a journey of self-discovery and that, my friend, is his transition from “dad bod to god bod.” But soon, he has to change plans as he has to team up with Jane and not to miss, Zeus, Valkyrie and Korg, to eliminate a galactic killer. And enter Christian Bale as Gorr, who seeks the extinction of gods. He is hell-bent on killing all god because “the only thing gods care about is themselves,” he said in the trailer and added, “So this is my vow: All gods will die.” Scary, right?

So, grab your popcorn and watch the new trailer of Thor: Love And Thunder:

“Let me tell you the story of the space viking, Thor Odinson…”

Watch the brand-new trailer for Marvel Studios’ #ThorLoveAndThunder and witness it only in theaters July 8. pic.twitter.com/CysmkO7GGP

In case you missed it, the official teaser blew the minds of Marvel fans as it showed Jane wielding Thor’s magical hammer Mjolnir as the Mighty Thor.

Thor: Love And Thunder is the fourth installment of the Thor franchise, after 2017’s Thor: Ragnarok, 2013’s Thor: The Dark World and 2011’s Thor.  The film will release in theatres on July 8.