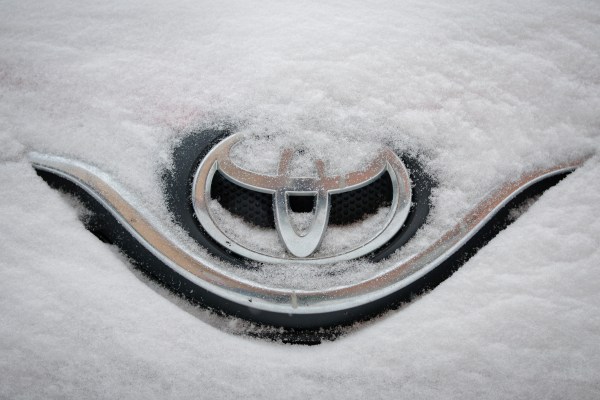 Toyota president Akio Toyoda has made it no secret that he really, really dislikes electric vehicles. This weekend, he offered this latest installment:

“People involved in the auto industry are largely a silent majority,” Toyoda told reporters in Thailand, according to The Wall Street Journal. “That silent majority is wondering whether EVs are really OK to have as a single option. But they think it’s the trend so they can’t speak out loudly.”

He might be right! I wouldn’t be surprised at all if a majority of automotive executives dislike EVs. After all, the legacy automotive industry dragged their feet on EVs. In instances where they had promising products, they left them to wither on the vine. In other cases, the products that rolled off the assembly line were clearly the bare minimum required to comply with the law. They’d probably prefer to keep making gas and diesel vehicles, and if those go away, at least have some alternative to batteries, which have become an industry-wide headache as the supply chains experience growing pains.

Toyota’s electric intransigence might strike some as peculiar. The company pioneered the mass-market hybrid-electric powertrain, which debuted on the Prius and has proliferated throughout its lineup. From that, it’s almost certainly amassed decades of experience with electric motors, battery packs and battery management systems, which comprise the key components of an EV powertrain, too.

See also  The Play Store offers not to be missed: games, apps for training and more

But though hybrids might have seemed like a significant breakthrough, they were not a radical shift for an industry that had grown accustomed to tweaking the internal combustion engine ad nauseam to make up for its deficiencies. Hybridization added electric motors to get the car rolling and assist at low speeds, where fossil-fuel engines are the least efficient; it did nothing to eliminate the internal combustion engine.

The ranks at every legacy automaker are filled with mechanical engineers, many of them experts at wringing extra tenths of a percent out of combustion engine technology. While they might be capable enough when it comes to designing electric powertrains, it is not their core competency. Shifting to EVs would put electrical engineers in the driver’s seat.

From that perspective, Toyota’s embrace of hybrid technology should be seen not as a stepping stone to an electric future, but as yet another effort to prolong the reign of the internal combustion engine.

Say She She performs “Fortune Teller”